The Fight for Rent Justice—Tenants Association Goes to Albany

On Tuesday, April 17, 2018, members of the Stuyvesant Town–Peter Cooper Village Tenants Association joined other members of the Real Rent Reform (R3) coalition on a bus trip to Albany to meet with state senators, both Republicans and Democrats.

The goal: Get the senators to commit to supporting three bills to strengthen rent regulations.

R3 represents rent-regulated tenants around the state. The coalition seeks:

What did we ask for? The ask for Democratic senators was to sign onto the three bills if they have not yet done so. Republican senators were asked to allow the bills, stalled in the Housing Committee, out of committee and onto the floor for a vote.

Where does our state senator stand? Our state senator, Brad Hoylman, is a cosponsor of all three bills. He joined us at a rally in the capitol’s Million-Dollar Staircase (see photo). Also joining us was Harvey Epstein, Democratic candidate for State Assembly for our district.

THESE BILLS MUST BE PASSED AT THE STATE LEVEL. The NYS Assembly has passed two of these bills and will pass the third easily. The NYS Senate, however, has yet to act. R3 is pressuring for the passage of these bills before the expiration of rent regulations in 2019, but they can be voted on anytime the legislature is in session. 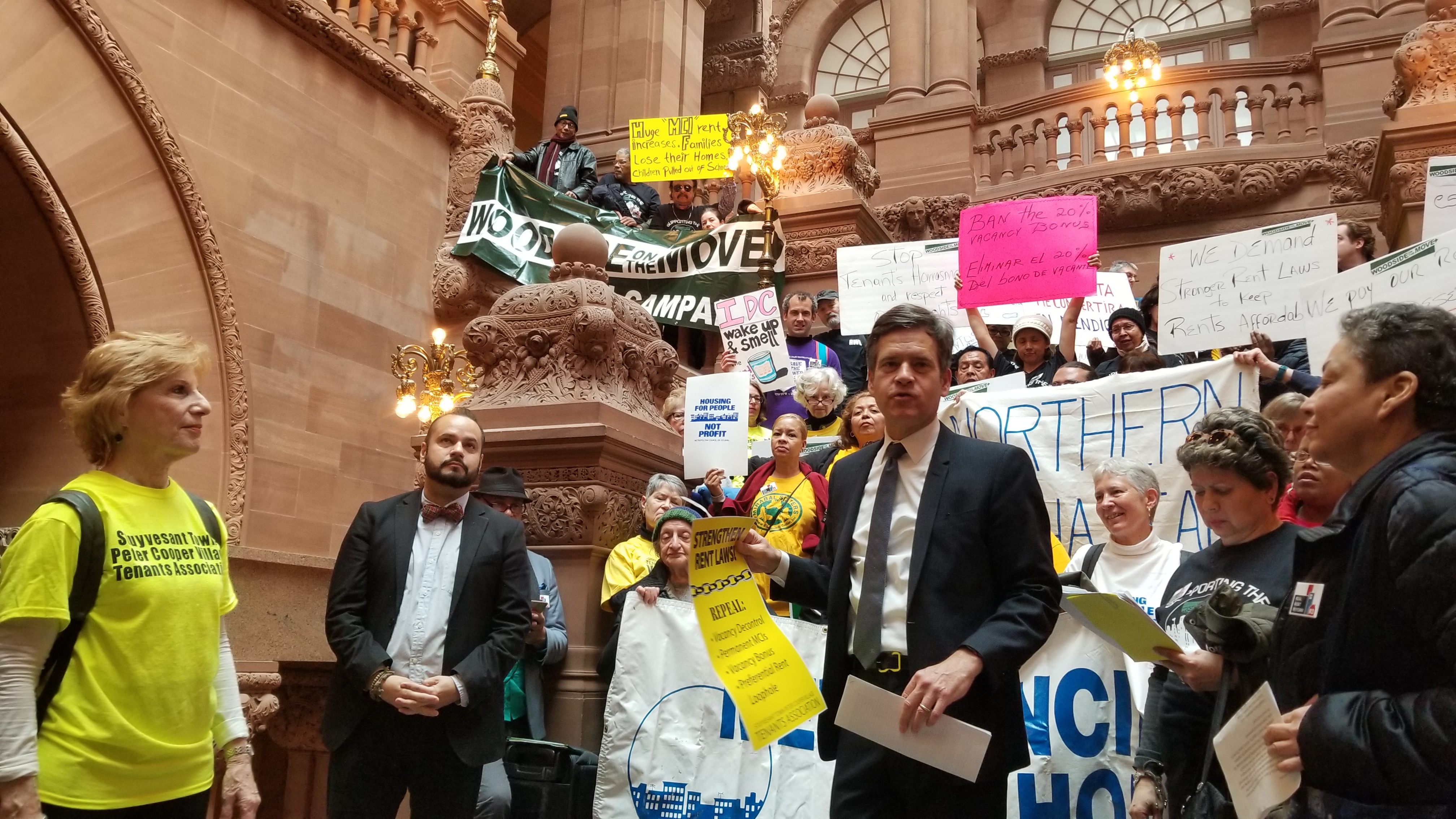